Propane’s Future Shines Bright in the Battle of Emissions

Utilizing Propane Has Definitive Benefits vs Other Fuel Sources 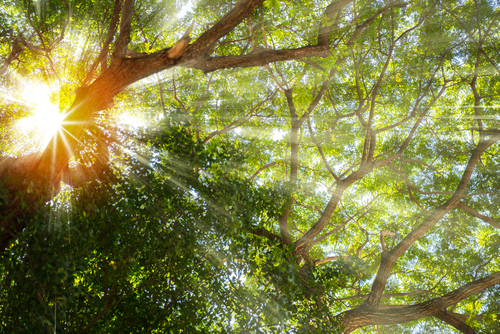 Let’s cut right to the chase here: propane gas releases far less harmful carbon emissions than other fuels. Compared to electricity, propane cuts greenhouse gas emissions by about 43%, and even more so when squared off against other fossil fuel alternatives.

How is this possible? Propane burns cleanly because of its combustion process, activating when it meets oxygen, so there are no other chemicals involved. Propane also generates a lot of heat, making it ideal for home furnaces—as well as its other wide array of uses, from cooktops to water heaters, patio heating to fireplaces. What’s more? It produces less waste than other fuels, such as gasoline.

Renewable propane—or sometimes referred to as “bio-propane”—is also on the horizon. It’s a non-fossil fuel produced from 100% renewable raw materials, which are commonly inexpensive and abundant feedstock like animal fat, algae, and cooking oil.

Because it’s produced from renewable, raw materials, it has an even lower carbon intensity than conventional propane and is far cleaner than other energy sources. It’s the same C3H8 molecule but created as a byproduct of other processes, not through conventional oil or gas drilling. Bio-propane is well established in Europe and building momentum in the U.S., too! For example, several U-Haul sites in Southern California and propane suppliers along the West Coast are supplying the fuel to commercial and school bus fleets, pushing to replace conventional fuels with cleaner options. Using renewable propane can even further reduce our carbon footprint.

Renewable propane is playing a major role in the transportation industry’s future and is a key part of America’s energy strategy. ROUSH CleanTech’s propane auto-gas engines can operate on renewable propane —with NO modifications. The company was the first to develop an ultra-low NOx engine for renewable propane that brings emission levels to near-zero, per the California Resources Board.

The EPA’s Renewable Fuel Standards and CARB’s Low Carbon Fuel Standard include renewable propane to reduce greenhouse gas emissions. No new carbon is added to the atmosphere with renewable propane. When used from raw used cooking oil, it has an average carbon intensity score of 30, while conventional propane scores 83, diesel 95, and gasoline 96.

Many companies in the U.S. and around the globe are creating renewable propane technology. Worldwide production capacity at 15 processing plants (including three in the U.S.) is about 100 million gallons a year and growing, according to the World LP Gas Association. Renewable propane is already available in states with stricter low-carbon standards. The Propane Education & Research Council is committed to a bright future.

We’re Here for ALL Your Home Propane Needs!

So, should you convert your home from electric heat to propane gas? It’s not a difficult task to convert when you have the experts at Pico Propane & Fuels who can help you through the process—it’s basically a no-brainer! Reach out to us today to get start. No hassles, no obligations.

Looking for more information about how propane’s carbon emissions stack up against other fuels, or additional details on home heating fuels or heating equipment? Contact us today! We’ll be happy to help.